The “You Make A Difference” recognition honors individuals who contribute to providing exceptional park and recreation services to the community. This year we recognize four individuals who contribute time and talent to their respective organizations. Through their enthusiasm, hard work, leadership, and their ability to coach and inspire others thereby making a difference, they have been selected to receive this recognition. They join 71 others who have received this recognition since 2012 when this program began. 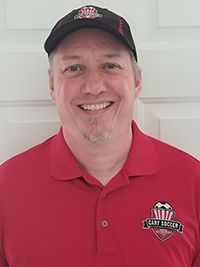 Jim Barnes has been on the Cary Soccer Board of Directors for 4 years and was just re-elected for another 2-year term. He is Cary Soccer Association’s current Board President and has served in this position for 2.5 years. He also served as the organization’s Competitive Director and was actively involved as a site director for our annual Cary Soccer Memorial Tournament. Prior to becoming a Board member, Jim and his family were active volunteers in the concession stand and in other areas of the Cary Soccer Memorial Tournament. He has also has volunteered to do the less popular jobs of cleaning and organizing of sheds and storage units.

It is not just the volunteer hours that make Jim outstanding, but more importantly, he does it because he cares about Cary Soccer, their programs, the players, the coaches, and the community. He is dependable, reliable, and a good listener. He leads by example and has been an effective and well-respected member of the Cary Soccer Association Board. 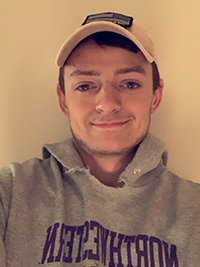 Chris Johnston started with the Cary Park District in August 2015. Chris began as an E.T. KidZone staff member and last fall, became a Site Director at Three Oaks School. With Chris working in both E.T. KidZone and also as a counselor in Camp ECHO, he has stayed connected with families throughout the year and has built strong relationships with both kids and parents.

He is committed to his job and continues to strive to be the best version of himself. He truly enjoys working with kids and loves coming up with new ideas for activities to be sure the kids have the best time while in our programs. 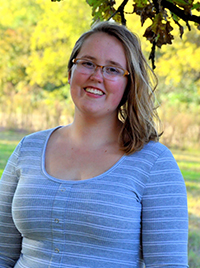 Whitney Rylatt, a 2.5 year employee of the Park District, has been the backbone of the keyboard program for several years. She originally started in the keyboard program as a  student, then transitioned into the keyboard instructor. Whitney takes time to develop each child and recognizes areas for improvement and celebrates his or her achievements. She also builds ongoing relationships with students and their families. Whitney has demonstrated exemplary leadership skills, dependability and is hardworking. 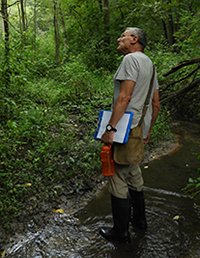 Dr. Wayne Schennum has been the volunteer site steward for the Carl & Claire Marie Sands Main Street Prairie for the past five years. He has shown a passion for the site, specifically the 4.9 acre dry gravel hill prairie section in the western portion. Remnant dry gravel hill prairie is extremely rare in Illinois, and Sands Main Street encompasses 3% of the entire acreage in Illinois. Multiple times a year Dr. Schennum will reach out to discuss issues or plants and insects he has inventoried while visiting the site.

During this past year Dr. Schennum donated his time to be onsite during a Phase 1 Archeological survey conducted at Sands Main Street Prairie. The Illinois Nature Preserves Commission required a trained botanist to be on site during archaeology work to ensure the shovel probes would not adversely impact the high-quality gravel prairie. Dr. Schennum graciously donated his time to fill that role in order for the survey to proceed. He scouted the area prior to work beginning. During the actual day of the survey he worked side-by-side with the team to ensure that no threatened/endangered prairie plants were harmed or excessive soil was disturbed.

Thank you Dr. Schennum for your passion. The Cary Park District looks forward to your continued role as site steward at Sands Main Street Prairie.